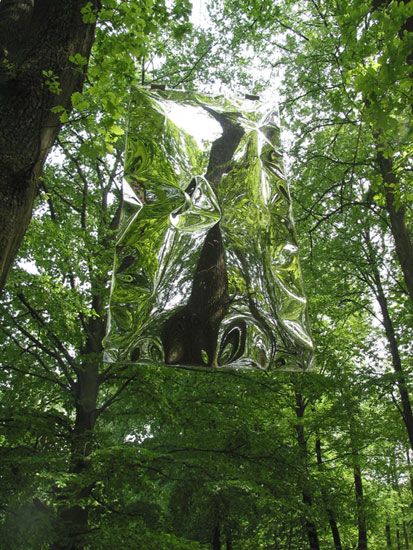 There are concerns that have increased in recent years and is about how the natural environment is related to the built environment and how it is no longer the sole concern of the architects and the way we, as architects we approach it.

The rapid growth of cities, generated mainly due to population growth and migration of people from rural areas to cities continued proliferation of vertical solutions that solves one of the many problems associated with population density, but not the problems that architects must solve in an urban environment related to the conditions of the inhabitants. The resolution of these problems related to human habitat, which should be solved by the subject matter experts, such as architects, urban designers and planners, no longer seem to matter, as the economic interests of the private sector and the proliferation of technological solutions somehow have addressed the problem, but can not meet the needs and requirements from the intangible conditions and their relationship with the environment inhabited. These intangible conditions are the most important components for the inhabitants of the architectural project.

What are those intangibles conditions? As mentioned by Mark Wigley in his text “The Architecture of Atmosphere” The noise, light, temperature, location, humidity, etc…, make it a difficult task for the architect to fulfil the condition of comfort, and comfort is what determines the specificity of each atmosphere. We can then define the atmosphere as the comfort and its relation to the space.

Tadao Ando focuses his speech to the lack of integration of the built environment with nature, he is creating this atmosphere by combining the vertical height with certain horizontal deployment in looking for those components that generate the comfort of the inhabitants of spaces, also questions the search for alternative solutions that talk about sustainability but do not relate the nature found in the exterior with the interior created. He reminds us that architecture should be open to the environment, through the creation of ambiguous boundaries between the inside and the outside.

Philippe Rahm also insists that the built environment should be the result of some logic applied to the environment. The form must be consistent with the physical/atmospherical place, following this principle, constructed objects must adapt intelligently to the place, as mentioned by Tadao Ando when he refers to the Byōbu, and how the asians have lived in cities that have integrated nature and architecture as how the architecture is adapted to the place.

This suggested relationship between nature and the built object clearly speaks about the limits; both: physical and intangible. Sou Fujimoto in his “Future Primitive”, where he talks, in addition to the topics mentioned above, also he questions when the work of the architect should stop and what is the physical limit that defines the architecture.

Fujimoto talks about that intermediate space as something indefinite and somewhat mysterious, “the architecture of dreams…”

The exploration of this intermediate architecture, this architecture created from the generation of voids as Ando mentioned and that is part of that relationship epiphenomenonal on trees, in which the interaction between them occurs in a protective behaviour also becomes a sensitive and intelligent strategy of relations of subsistence based in intangible components.

I would like then to research if it is then that the intermediate architecture, the architecture of the spaces between the branches of the trees, are the intangible and invisible components that generate mutual benefit between buildings, between the cities and its inhabitants.

Is there really an “architecture of dreams” and is it really the one that produces the quality of the space?